Office of the Police Commissioner 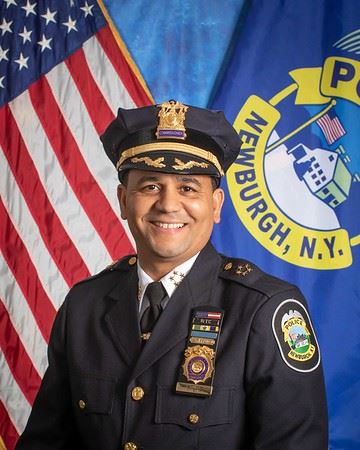 Commissioner Gomérez’ commitment to public service began in 1997 when he joined the New York City Police Department as a Police Cadet.  In 1999, Commissioner Gomérez was promoted to Police Officer in the NYPD.  Commissioner Gomérez worked as a patrolman, patrolling the streets of Harlem.  He was assigned to the 30th Precinct and the 25th Precinct and finished his career with the NYPD at the Training Bureau while assigned to the Police Academy.  After more than a decade with the NYPD, he changed Departments and worked for the Village of Mamaroneck in Westchester County for 13 years.

With over 23 years of policing experience and the ability to see the big picture, Commissioner Gomérez recognizes the importance of maintaining a virtuous and interactive relationship between the dedicated Newburgh Police Department and the progressive community we serve.  He is committed to improving police and community relations, improving public safety, transforming and imparting the Police Department with a community policing philosophy for a better community and police approach.  Commissioner Gomérez will continue to work together with our community to drive down crime and enhance the quality-of-life for our well deserving residents.

Commission Gomérez holds a Bachelor’s Degree from the City University of New York.  He is married and is the proud father of 3 beautiful children.