Welcome to the City of Newburgh Film Office! #FilmNewburgh 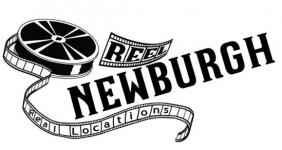 The City of Newburgh Film Office is thriving and ready to help your production succeed while taking advantage of all the amazing incentives our city has to offer. Take a look at why you should choose the City of Newburgh for your next film project: 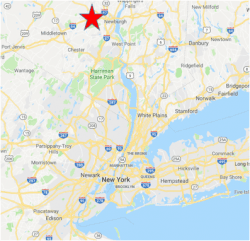 convenient to New York City Area Airports and the Metro-North Railroad, with direct service to mid-town Manhattan (from Beacon Station).

The City of Newburgh is also close to three other great cities:

New York State offers one of the best film, television, and commercial incentive programs in the nation, including tax credits and sales tax exemptions. For the City of Newburgh:

The City of Newburgh Film Locations

The City of Newburgh is referred to as a living architectural museum, with the largest historic district in New York State.

Drive or walk along Grand and Montgomery Streets to see some of the City of Newburgh's most impressive Victorian architecture, including the landmark 1835 former Dutch Reformed Church and dozens upon dozens of great old houses.

A North-South Street runs from the far southern border of the City of Newburgh to the northern border with the Town of Newburgh. Known for its small shops and restaurants which line Liberty Street near Broadway.

The City of Newburgh's surprising gems includes Downing Park, an urban oasis designed by Olmsted and Vaux, with meandering paths, pond, a bandshell, pergola, and the Shelter House Café. Many productions have used Downing Park as a stand-in for Central Park.

The City of Newburgh Waterfront is home to several restaurants, small businesses and the dock of the Newburgh-Beacon Ferry.

In addition to the house Washington occupied in the last 18 months of the Revolutionary War, the nation's first state historic site includes an excellent museum, the 1887 "Tower of Victory", and a gently sloping park with lovely views of the Hudson. Located on Liberty Street, Washington's Headquarters recently unveiled "Unpacked and Rediscovered", a compilation of artifacts collected since 1850.

View from "The Heights"

"The Heights," located in the south end of the City of Newburgh, is home to historic houses and a stunning view downriver toward Bannerman's Island and the Hudson Highlands.

Copying "NYC" - on location in Newburgh

Several productions have been able to cheat the look and feel of New York City in several of Newburgh's more urban areas. This has allowed projects to stretch their production dollars while maintaining the integrity of the New York City setting. The City of Newburgh has access to picture cars, including NYPD Police Cruisers and NYC Taxi Cabs that help sell the look.