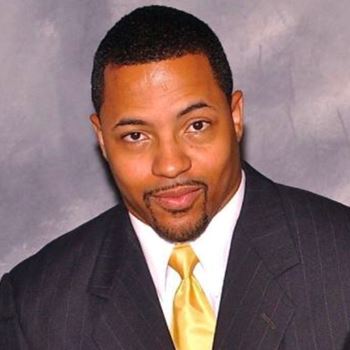 Mayor Torrance Harvey is a history teacher, published poet and motivational speaker, who moved to Newburgh, New York as a teenager in 1991 with his family and fell in love with the historical texture and character of the city.  Mayor Torrance Harvey served for two years of a four year term as City Councilman at large from 2016-2018.  He was then appointed Mayor after the passing of Mayor Judy Kennedy at her request. He was appointed on April 23, 2018 with a unanimous vote by the City Council; his council seat was then filled by Anthony Grice.

Mayor Harvey resides in Newburgh with his wife, Tina and three children, TJ, Armani and Brizayna.  He is also a part of the (P-TECH Program)  at NFA’s North Campus, which is a New York State program where students earn both a High School Diploma & Associates Degree in Cyber Security or Networking in partnership with SUNY Orange and the IBM corporation as collaborating partners.

Mayor Torrance Harvey has been longstanding member of Alpha Phi Alpha Inc. since 2000. He is very involved with the Kappa Upsilon Lambda Chapter in the MidHudson Valley since his initiation.  Which involves many community service activities throughout the entire Hudson Valley.

Mayor Harvey has initiated many pieces of legislation and initiatives to reduce crime in our city, including a comprehensive video surveillance program and the Shotspotter Program.  He was the founder and President Elect of 100 Men For Newburgh, a mentoring group for inner city youth. Most recently, Mayor Harvey has been working with the Newburgh Enlarged City School District on an Obama Foundation initiative created for young men of color called the My Brother's Keeper Program. He has also worked diligently to get local banks on board with special federal programs to provide financial literacy seminars and banking products for low income families.   These ongoing effort will secure homeownership for those disenfranchised in Newburgh for decades.

In addition to numerous recognitions throughout his teaching career. He is the recipient of the American Federation Teacher Award in 2010 for teaching an after school course for violent prevention, NAACP Youth Empowerment Award for the Newburgh/Highland Falls Chapter in New York, Multiple Congressional Awards for education and youth advocacy, and recently the Barnes & Noble My Favorite Teacher Annual Award Contest.

Mayor Harvey released his first book of poetry, Y’a Sankofa in 2018!   He has also completed a second manuscript entitled “America, America”: which is in its final editing phase and which will be available on all digital platforms this summer 2021!.

In addition, he recently traveled to Quito, Ecuador with Global to Local, where he volunteered alongside fifteen high school students and four colleagues in an after-school program for underserved youth in various community service activities at home and abroad.

Mayor Harvey believes in the value of serving others and his community, and is thrilled to have the opportunity to serve his city.   Since the global healthcare crisis Mayor Torrance Harvey has been actively involved in anti-crime initiatives.  He has been on the forefront of fighting the Corona Virus with other key government leaders.  This has been a team effort with local, county, state and federal elected officials. We have collectively beaten this pandemic and have returned to normalcy by reopening our great city.