The Detective Division serves investigative functions for the department. Members assigned to this function have been promoted from the Patrol Division, work in plainclothes and perform the following functions:

Detectives received additional training in many specialized areas, including but not limited to:

William “Chip” Lahar is a 19 year member of the City of Newburgh Police Department. Chip was born and raised in the Hudson Valley, NY. Chip graduated from Mount St. Mary College in Newburgh, NY in 2000, and earned a degree in Business Managem 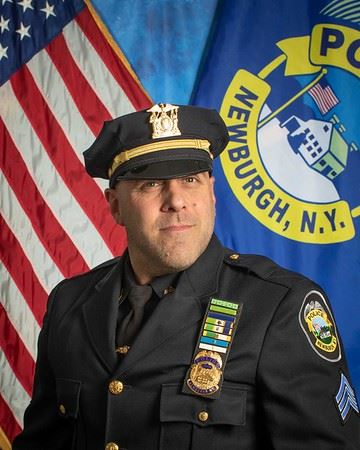 Chip served in the Patrol Division until 2014 when he was promoted to the rank of Detective. Chip then became the Homicide Detective, before being promoted to Sergeant in 2016. Chip worked as a Patrol Sergeant until he was transferred to the Detective Division in 2020. Chip currently serves as the Investigations Commander.

During his 19 years of service, Chip has attained certifications in FBI SWAT, FBI Sniper, FBI Defensive Tactics Instructor, FBI Physical Fitness Instructor, and NYTOA Shield Operator. Chip served 15 years on the City of Newburgh SWAT Team, and is one of the most decorated Officers in this Department’s history